All thre sample applications (COM, NET4 and NET5) implement that same functionality. When the application first starts a TreeView is populated with the scripts in the Nodes directory/sub-directory. 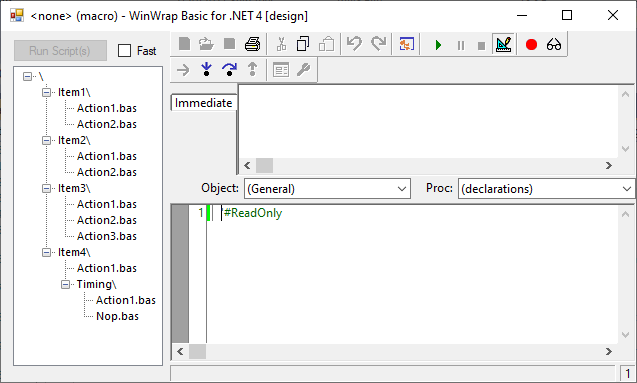 Selecting a node reads the script text and shows it in the WinWrap® Basic IDE. 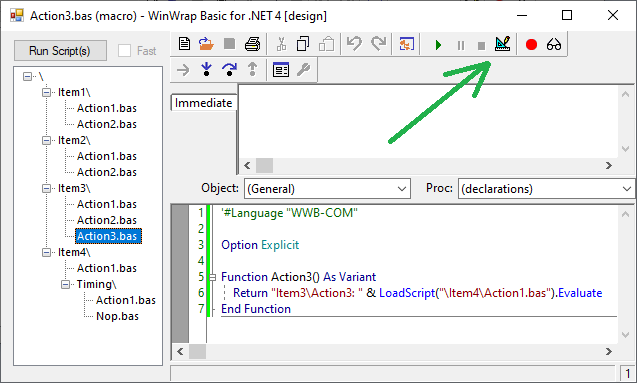 Clicking on the Run Script(s) button loads the script into the WinWrap® Basic NoUI object and evaluates. The results are shown in the Immediate window. 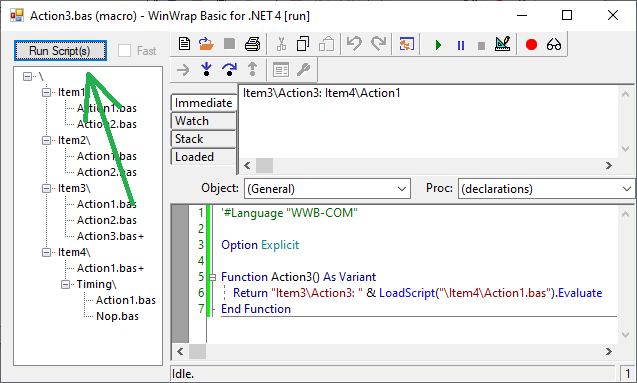 Switching back to design mode. 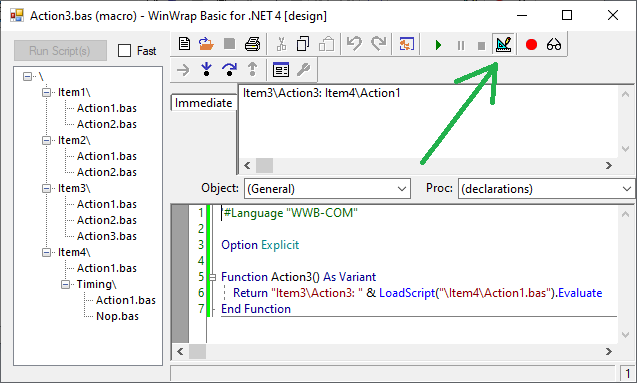 Allows the Fast checkbox to be checked. 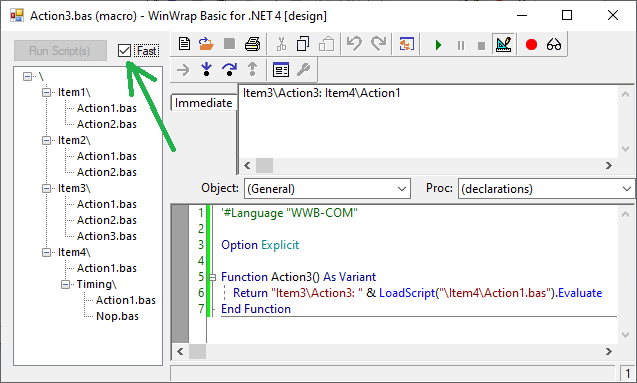 Switching out of design mode. 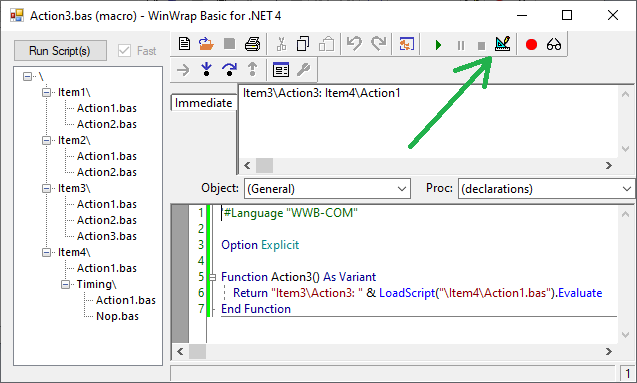 Now the timing script can be run. 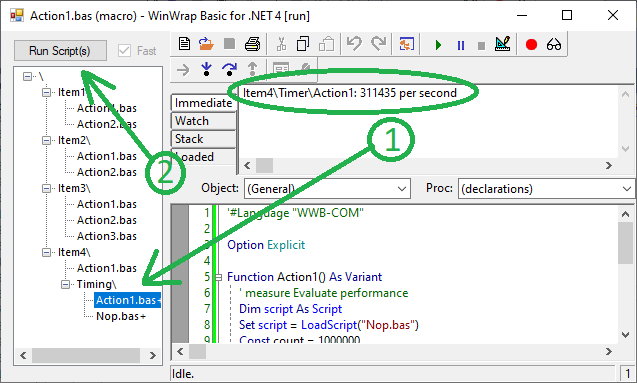 Syntax and run-time errors caused by a script are reported to the WinWrap® Basic BasicIdeCtl using the ReportError method.