WinWrap® Basic is a low cost, powerful .NET/COM component which is an alternative to ActiveX, VBA and VSTA scripting. Hundreds of developers world-wide depend on WinWrap® Basic to provide their customers with advanced end-user scripting and automation. Available for both 32 bit and 64 bit Windows. 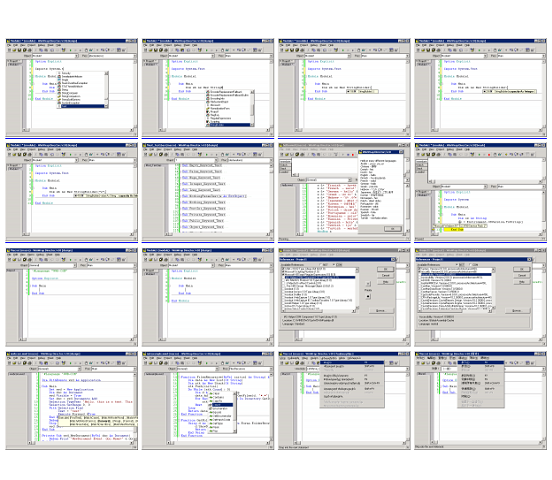 WinWrap®'s WWB.NET Scripting Language Option will give developers and end-users the ability to access and call the many reusable classes, interfaces, and value types contained in Microsoft's .NET Framework Class Library.

WinWrap®'s WWB.NET Scripting Language Option enables developers and end-users to access and call the thousands of reusable classes in the .NET Framework. In fact, adding the WinWrap® Scripting Engine with the WWB.NET Language Option to your COM application may be the most cost effective to add the entire power of the Microsoft .NET Framework to your existing COM application.

With the WinWrap® Basic Version 10 Compile Option you can speed up WWB.NET code by 100 times, or more.

WinWrap® Basic developers have the option to deliver encrypted, proprietary developer scripts to end-users. When a developer needs to ship a WinWrap® script with their product, but, for security or proprietary reasons, they do not wish that particular script to be modified or viewed by the end-user

WinWrap® Basic Version 10 UI is now available in 15 languages, including Chinese and Korean. The WinWrap® Basic scripting component has complete support for your application's localization requirements.

WinWrap® Basic is a low cost, powerful .NET/COM component which is an alternative to ActiveX, VBA and VSTA scripting.