click on this link for a web version of this email 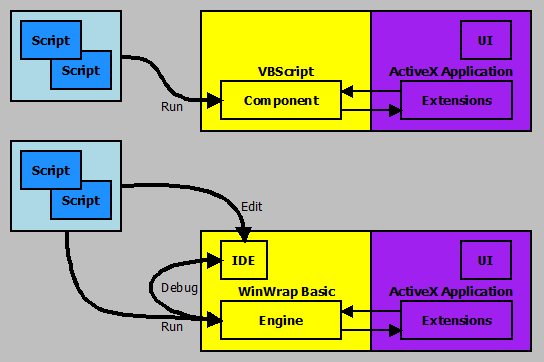 WinWrap® Basic is Compatible with VBScript

VBScript Has Been Moved to Microsoft Sustaining Engineering

"With the advent of the .NET framework, the scripting team took the decision to implement future support for VBScript within ASP.NET for web development, and therefore no new versions of the VBScript engine would be developed and it moved over to being supported by Microsoft's Sustaining Engineering Team, who are responsible for bug fixes and security enhancements."

WinWrap® Basic is compatible with VBScript. WinWrap® Basic works under 64 bits, has a full development environment, and is being actively developed.

WinWrap® Basic has the right features to day, and tomorrow, to place end-user scripting in your Windows application.